Connecting the outdoor museum, the city and the region

The process of taking a master plan model towards a master content plan is not without risk. It proceeds a traditional approach towards a wider area plan and how to plan it with conventional methods and tools.

The Master Content Plan introduces a 3-dimensional element to the traditional Master Plan. NUDA have tested Håkon Iversen`s theories and model for such a Master Content Plan in EEA funded project in Cluj-Napoca, Romania, where NUDA was invited in as partner in 2014 to transform the open-air museum Parcul Etnographic Museum (above picture) into a destination of attraction. The project started in January 2015 and ended in August 2017.

As the project evolved during the two first periods and visits to Cluj-Napoca, it became more and more clear that a Master Plan for the Parcul Etnografic Museum was necessary to develop. NUDAs analysis done in period two of the project outlined some critical issues which was clear indications of a lack of a plan.

As the museum is situated on the outskirts of the city and not a natural place to access, the challenge for the open-air museum is about sustaining its own survival, economy and maintain attraction for people to visit. As the layout of the museum seems by first glance to be a random placement of buildings in the rolling landscape, a coherent connection between the buildings is unclear. This becomes very clear when the stories around each small “settlement” is told. Though a rather clear infrastructure of main movement veins is present, there is not a clear path system connecting the buildings together, which should have been a priority for the museum to establish.

Preparing the master plan was described in the technical report for period 2 where NUDA introduced the 1+1+1+1 Method (MPTA) has been the core starting point for evolving the idea of a master plan into a master content plan.

There is a big difference between the latter. A master plan is equally important as a master content plan, however, for such a concept as the open-air museum, it has become clear that a 2D master plan only visualizing the site opportunities would not suffice for further development. As NUDA focus on much more than only the physicality of the site, its structures and landscape – content is clearly the mission to reach. By content a wider range of essentials are brought to the table which gives the 2D master plan a 3D feel of experience.

Tourism, attraction, storytelling, people are keywords in the content plan, and provides a proposition for how to give the museum an increased value. It is about making the open-air museum attractive first of all for the local citizens, then for the regional, national and international market. In many ways a Master Content Plan combines the traditional Master Plan with a Content Program that creates a predictable outline for future programming. It is also about bringing opportunities to the table as visual indicators of what the museum needs to embrace of concepts to reach its potential. 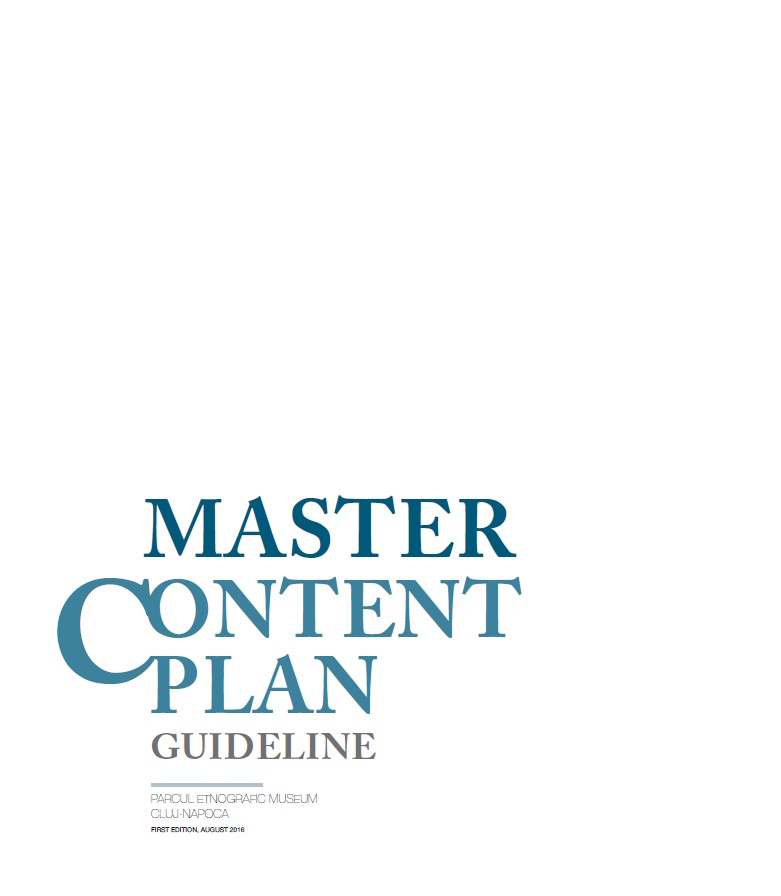 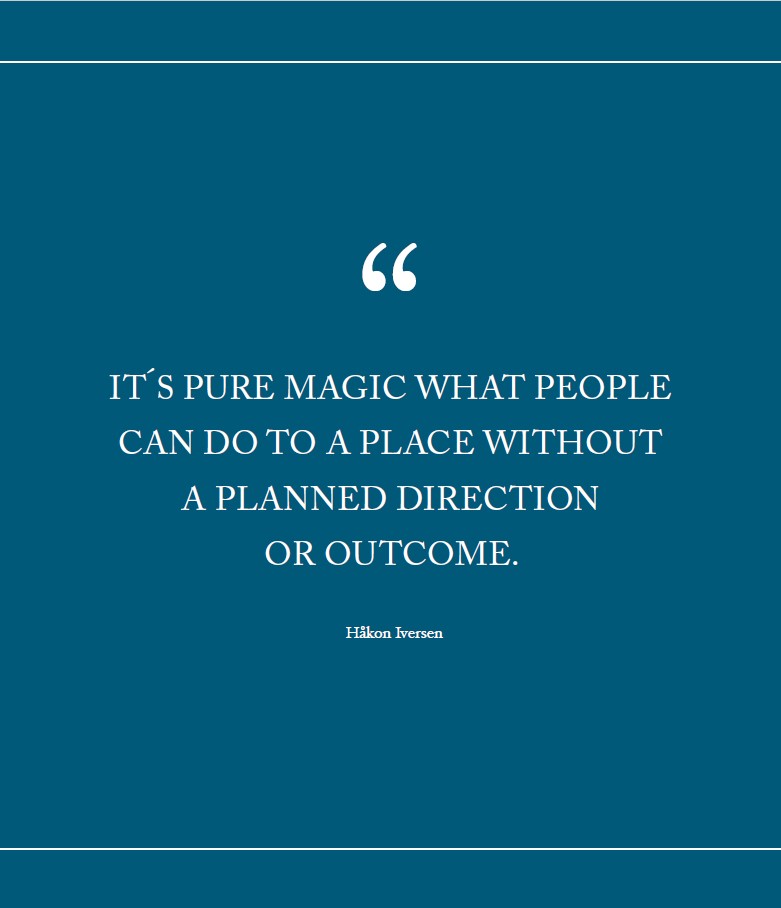 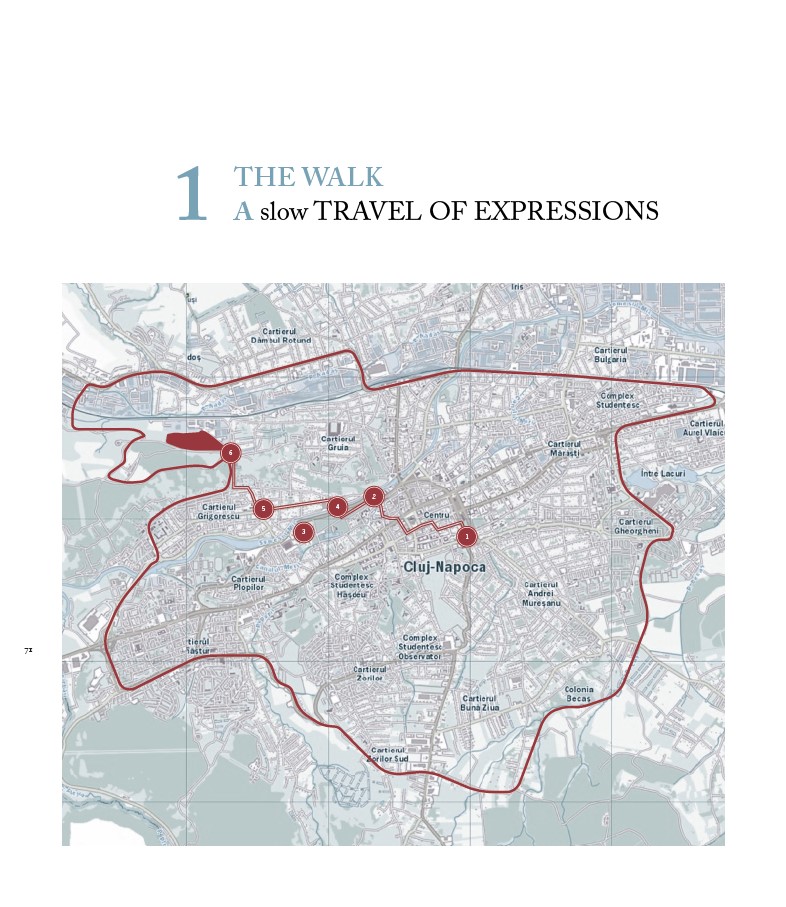 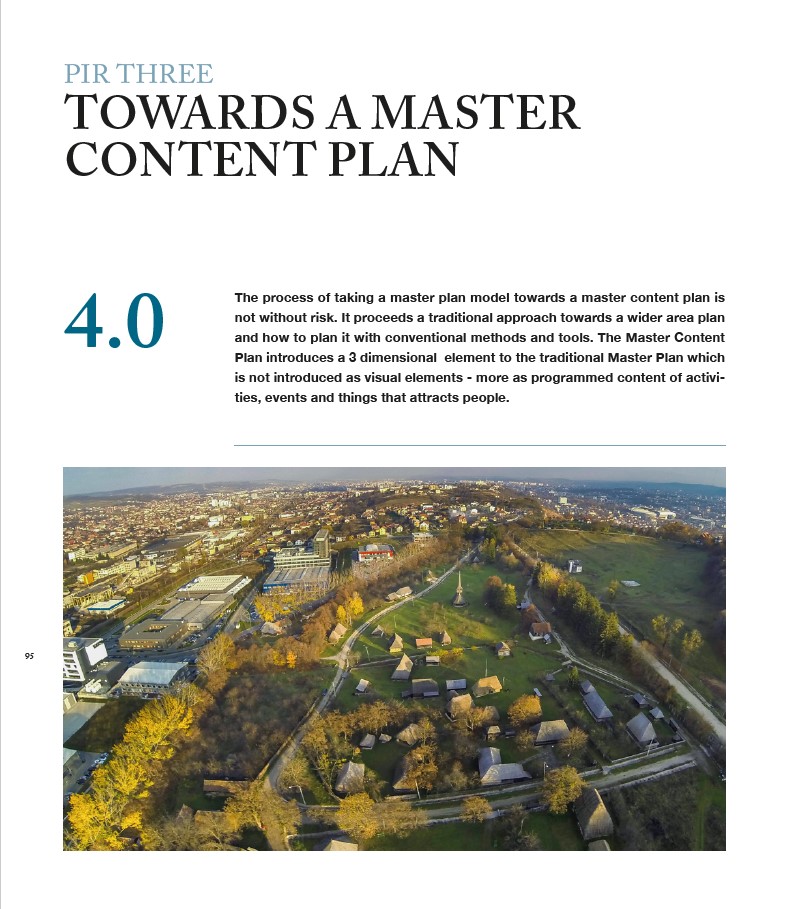